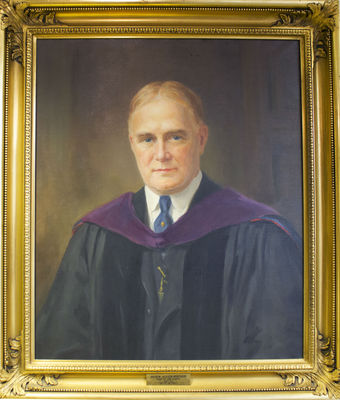 Prior to becoming the first Dean of the Law School, Governor Montague had many other accomplishments. Andrew Jackson Montague was elected to be the 4th VA Governor from 1902 to 1906. Prior he was the United States Attorney for the Western District of Virginia from 1893-1898 and then the 19th Attorney General of Virginia from 1898-1902. Governor Montague was Dean for only three years because he then was elected to serve in the United States Congress from 1913 until his death in 1937.

Portrait Gifted By: Information not available.