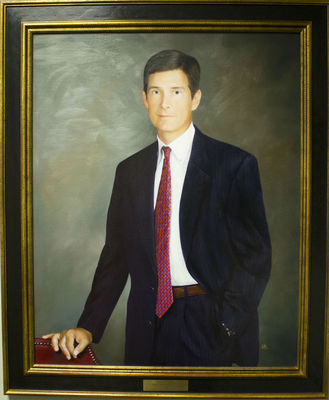 Professor John Douglass served as Dean of the Law School from 2007-2011, and teaches and writes in the areas of criminal law, criminal procedure, evidence, and trial advocacy. Professor Douglass's academic publications have focused on criminal prosecution, the criminal trial process, and the Confrontation Clause, and his scholarship has appeared in the Columbia Law Review, George Washington Law Review, Fordham Law Review, and Emory Law Journal, among other venues. Before joining the Law School in 1996, Professor Douglass served as an Assistant United States Attorney and as Chief of the Criminal Division of the United States Attorney's Office in Richmond. He served on the staff of Independent Counsel in the Iran-Contra investigation and was a partner in a Richmond law firm. Professor Douglass is a certified mediator and member of The McCammon Group. He teaches and directs programs in trial advocacy and other litigation skills for the National Institute for Trial Advocacy. He served as Chair of the City of Richmond Charter Review Commission in 2009-10. He currently chairs the ABA's Virginia Assessment Team on the Death Penalty and serves on the Virginia Indigent Defense Commission and the Ethics Committee for the Virginia Commonwealth University Hospital System. Professor Douglass received the University of Richmond's Distinguished Educator Award in 1999.

Artist: Signature is noted as "MC"