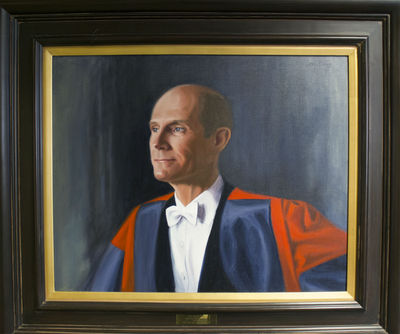 Professor John Pagan is a University Professor and served as Dean of the Law School from 1997-2003. He teaches and writes in the areas of legal history, constitutional law, and sexuality and the law. Professor Pagan's book, Anne Orthwood's Bastard: Sex and Law in Early Virginia, won the American Historical Association's James A. Rawley Prize in Atlantic History. During his time as Dean of the Law School, the school came closer to being ranked among the nation's top 50 law schools. Also, during the his tenure as Dean, Pagan created three chairs for distinguished professors when there were none and raised $5.7 million toward a $6 million fund-raising goal.